MARTINO VINCENT, a survivor of the dot-com era, is a young software consultant from Argentina. He believes he can have it all in America: a successful company, a beautiful wife, influential friends, and a condo with a view.

In 2003, he arrives in the U.S., the land of opportunity. Despite having Asperger’s syndrome, ADHD and a thick accent that sounds like a lisp to those unfamiliar with an Argentine accent , Martino is undeterred.

His confidence is tested, however, when doing business with the wrong people force him to re-evaluate his life. He sacrifices his personal life in order to succeed in the highly competitive tech field.

The Genius IDIOT! is about an eclectic startup and features billionaires, entrepreneurs, investors, and techies from all over the world. Many tech entrepreneurs view developing a mobile app as their one chance to get rich and live the American dream.

As the main character, Martino is an eccentric, high-energy Argentine entrepreneur, who has the confidence to launch a company that will be the number one, top-grossing mobile app in the country!

In pursuit of this goal, he recruits a group of developers from America and Buenos Aires.  Martino convinces them to move to Las Vegas for the gamble of their lives! Hit the jackpot or see their hopes and dreams of wealth dashed. 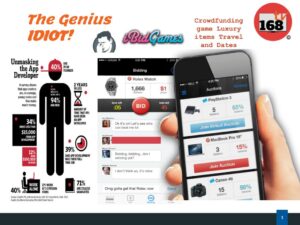 Martino and Ken Davitian, an actor and a translator representing Russian mafia capital investors, acquire their work visas to work legally in the U.S. 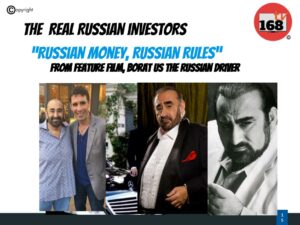 What happens when the Russian Mafia from Moscow request control and Martino says no? Do they pull the capital  out from from under their feet? We get a glimpse at just how they’re going to build their dreams…or fail miserably trying.